Doraemon has been 50 years since the comic series began in 1970. In addition to publishing comics, Doraemon has been entertaining people in various way so far, such as animation, making into movies, holding Doraemon exhibition in collaboration with artists.
Because of its location in Ginza, it is common to see customers of all ages and nationalities enjoying Doraemon.
We are always introducing the first volume of Doraemon in our stores, especially to our international customers, as a part of Japanese manga culture that we can confidently recommend to them.
As a result, Ginza Tsutaya is surprisingly ranked number one in the nation for sales of the first volume of Tentomushi Comics "Doraemon" in general bookstores from January to December 2019. (*Shogakukan investigation)
At the manga department, you'll see children and their parents, and sometimes children and their grandparents, holding the first volume of "Doraemon" and talking to each other with smiles on their faces, and you'll also see a lot of foreign visitors purchasing "Doraemon" written in Japanese as a souvenir.
The story, which revolves around Doraemon and Nobita, depicts everyday life with family, friends, and Doraemon’s secret gadget. Readers will find familiarity and excitement in the normal course of life where a few “strange things” happen.
That's why he's still popular with everyone, even after 50 years. We are holding an online fair to commemorate the 50th anniversary of Doraemon, which is also loved at Tsutaya Ginza.
These products can be ordered from outside of Japan via "Buyee Japan Shopping Service" Please click on the links of each product name to view them.
▼Product Descriptions
[1]The first volume of "Doraemon"
The first volume of Doraemon, which was ranked number one in Japan by Ginza Tsutaya in general bookstore sales from January to December 2019 (*Shogakukan investigation) 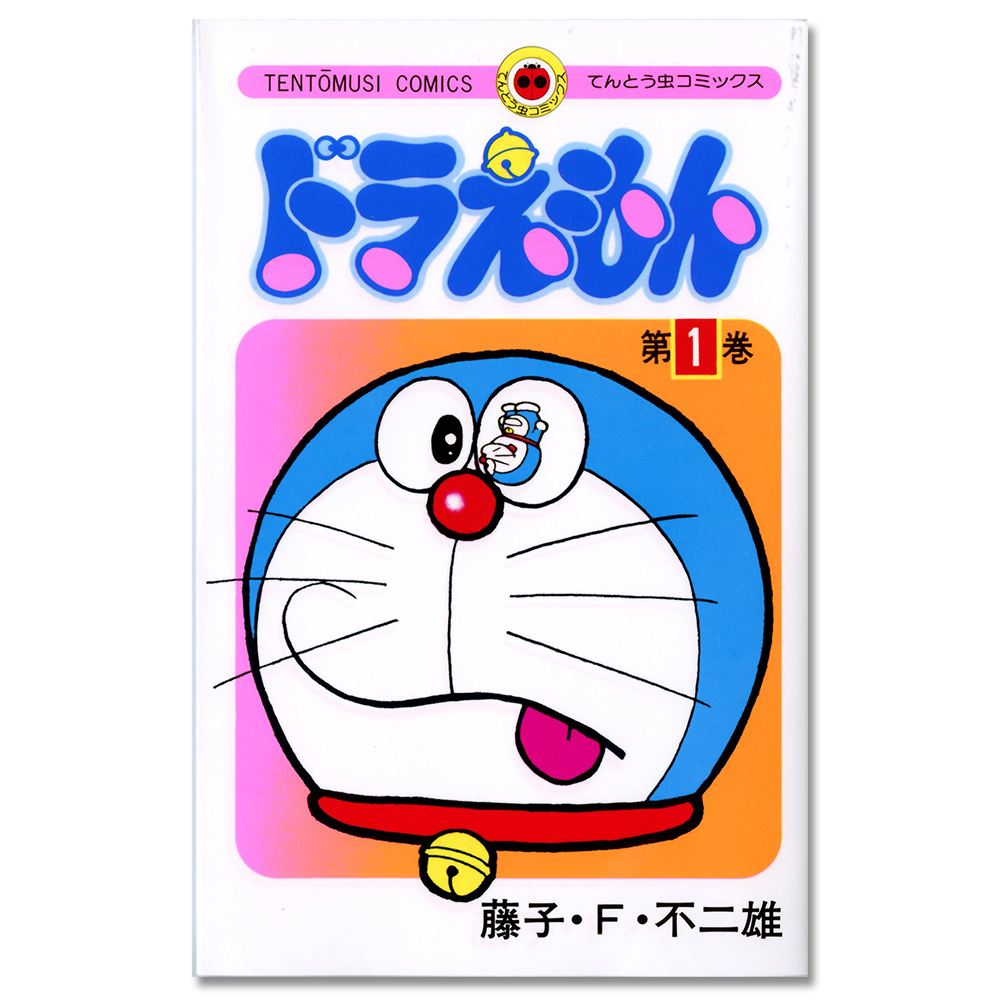 Doraemon has been popular across generations, but many people probably don't know how Doraemon got its start. Read this book and find out what the first episode was all about!
[2]【Reservation】Century Doraemon: The Ultimate Edition 【with 5 Special Benefits】
With a desire to "deliver it to the 22nd century", this is the ultimate special edition of "Doraemon" with the most gorgeous binding, specifications, and extras ever. In addition to the 45 volumes of hardcover and cloth-bound books, there are also three special volumes, TIME KERCHIEF and figures made by Medicom Toy.
To be released in December and reservations are scheduled to close at 11:59 p.m. (GMT) on August 31. 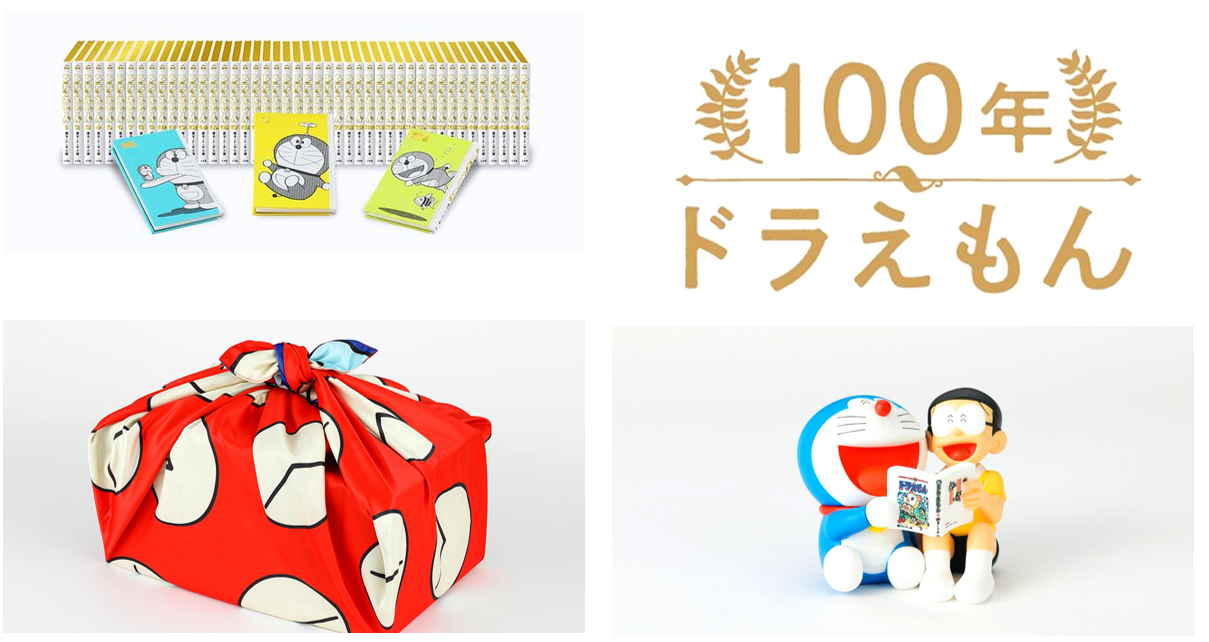 [3]Doraemon ― Gadget cat from the future (Volume 1)
This is the English version of Doraemon, with English on the speech bubble and Japanese on the outside of the panels. With bilingual translations, this book is recommended for foreigners of all ages who are studying Japanese. 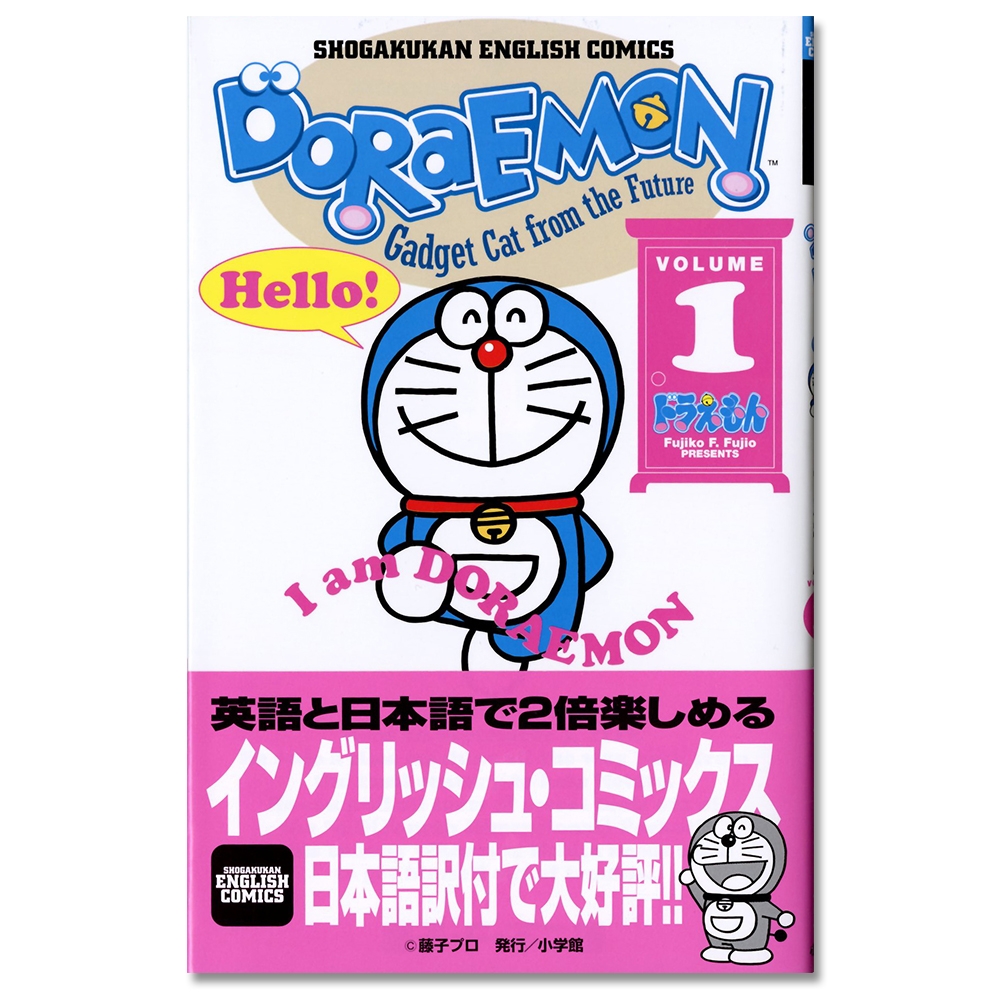 [4]Doraemon Mizuhiki accessories (pins, earrings, earrings, bookmarks and ornamental hairpin)
Mizuhiki is a traditional Japanese decorative cord used for weddings, funerals and ceremonial occasions. There are two types: blue Doraemon and yellow Dorami. It's a cute item that can be given as a gift for congratulatory occasions and can be used on a daily basis by children and adults alike.

[5]Doraemon Ukiyoe card series
This is a hand-printed Ukiyoe card depicting the characters of "Doraemon". Ukiyoe card is different from the large size Ukiyoe woodblock prints. Ukiyoe card was made into small bills for private pleasure and used as business cards at social gatherings or as advertisements for shops and other places. The Doraemon Ukiyoe card series is the work of artisans, carvers and printers who have inherited the techniques of Ukiyoe woodblock printing since the Edo period. Washi is made of raw Echizen paper made by Ichibe Iwano, a national treasure. Enjoy the rich and pleasant texture of Doraemon, created with traditional techniques in Japan. 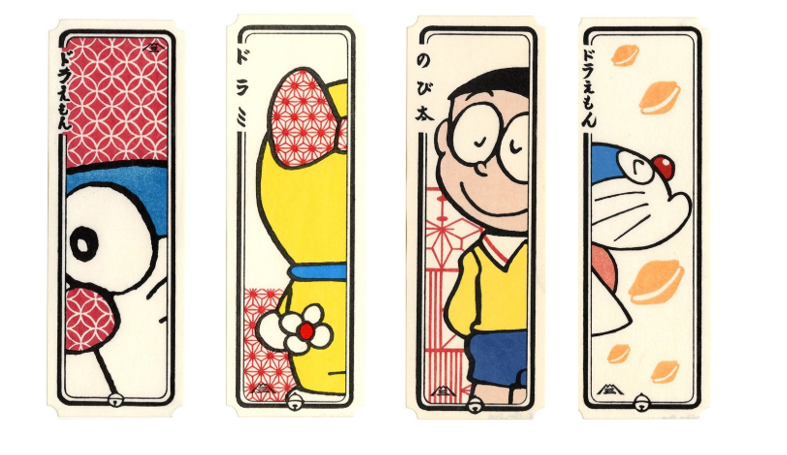